Investing on a fixed income

As we get older, our thoughts turn more and more to money, not because of any love of filthy lucre but because we have to pay the bills. For those of us on a fixed income – a pension or a fixed deposit — that gets harder and harder every day.

This is mostly because of inflation, a generalised rise in prices. India is a developing country and it is expected that prices will rise at over five per cent per year, no matter what the government of India or the Reserve Bank say. That is because as a country becomes richer the cost of labour rises and that rising cost of labour feeds through into everything. When people have more money they want a better place to live. That drives up the cost of housing. As the construction business booms, it soaks up farm labour. The price of farm labour rises and that pushes up prices of food and so on.

It, therefore, makes little sense to ‘invest’ anything in bank deposits or fixed deposits of any kind, except for up to a few years’ expenses because that investment leaves much to be desired. An example: Get a fixed deposit at six per cent; pay 35 per cent tax and that drops to four per cent, which is less than inflation. Your own money is worth less every year!

The price rise is inexorable over time but is formed of two components:

1) More people are working and, therefore, buying more – this leads to rise in prices and

2) Fewer people doing more because of efficiency, which somewhat offsets the price rise.

At the moment India seems to be stuck mostly in No. 1. That is why everything from household help to anything you buy goes up in price every year. Real estate is a special case, because of the opacity of the Indian land and financing markets, it tends to zoom up and then stick in place for a while driven by speculation. However, the underlying demand for better housing exists and is driven by the rising prices of construction, driven again by inflation and better specifications demanded by buyers, as well as the scarcity of land, which is solved by increasing building height.

Governments do not do that freely because they can extract money from developers for making that change. The first increases in Floor Space Index (FSI) — which is what this is called — comes in city centres; later the FSI increases and even taller buildings come up beyond the city centre and city centre prices remain elevated because flats have been built to the old FSI and cannot be easily redeveloped.

For senior citizens with a yen for smart investing, a good way to hedge against inflation is to invest in city centre property in up and coming cities such as Bhubaneshwar and Silvassa, where construction is driven by end demand and not speculation and to sell as soon as such cities become driven by speculation.

Another way to take advantage of rising prices is to invest in companies that are able to pass along price increases and to cut their own costs by increasing productivity. This basically means investing in consumer goods companies such as HUL. The problem with the Indian stock market is that it is driven by speculation, so timing of such investments is difficult. The best is to decide how much of your wealth should be in stocks and to invest that amount equally over a 60-month period.

Inflation in India also leads to a constant drop in the value of the rupee. Now that the government allows it, invest some money in foreign stock markets because even if the investment does not go up the value in rupees will! Use the same timing method as above, although doing that will help you in the valuation of the underlying stock but will not help in that the rupee would have sunk by the time that you end 60 months. Also, since overseas markets are less speculation-driven than the Indian market, you can look at investing evenly over 24-36 months instead of 60.

If a crash comes and you are sure that it is a crash, stop investing and wait till the market shows signs of stability and throw what remains of your 60-month strategy into the market at one shot. It does not matter if you miss the bottom – you will still do very well.

At some point though, in my view that point is still some way off for India, growth shifts to being driven by productivity gains. The first signs of this will be in the exchange rate that starts to harden. When that happens you need to sell your foreign stocks ASAP because you will be better off in Indian assets, especially the Indian stock market, as that will take off on the back of foreign investment, driven by expected exchange rate gains.

Bharat Kewalramani is an entrepreneur and was formerly a banker and investor with JP Morgan in NY, Mumbai and HK. 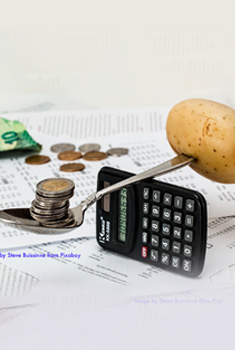