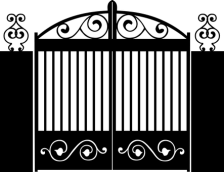 Ms S. Mukherjee, our member, grew up in Uttarpara and fondly recalls her encounters with the girls from the local zamindar family today, in a world when the 'zamindari' palaces are giving way to high rises.

Uttarpara, some 20 kilometres from Kolkata, was once the land of zamindars, with many palatial houses in a typically rural Bengal setting. That was where our member, Ms S. Mukherjee, grew up, between Sheoraphuly and Uttarpara. Over the years she has witnessed the changing landscape with modern high-rises towering over the landscape today.

Ms Mukherjee looks back nostalgically at the enormous tract of land on which stood the “Zamindar Bari” of the Mukherjees by the river Hooghly with its sprawling garden and a huge portico in front of the palatial structure. “It was not possible to espy any family member from the road in front of the edifice”.

In right royal monarchic style, the zamindars controlled the peasantry, collecting taxes on behalf of imperial courts of the mughals, becoming even more powerful during the colonial era. Under the British, they shed their image as landed aristocracy and took on such titles as raja and maharaja, as conferred on them by the Raj.

Mukherjee Bari was special though. Jaykrishna Mukherjee, the zamindar, was an ardent social reformer, playing a major role in developing institutions of excellence in Uttarpara and improving civil amenities. He focused on road constructions and founded an amazing library in 1854, now known as Uttarpara Jaykrishna Public Library. This institution made a great contribution to enhancing access to knowledge in the region.

It was opened to the public on April 15, 1859 as the first free reading centre for the people; the first of its kind in Asia and renamed after Babu Jaykrishna, as he was popularly known. Famous people like Michael Madhusudan Dutt and Ishwar Chandra Vidhyasagar were amongst those visiting the library that had a collection of rare books.

Ms Mukherjee first studied at the Uttarpara Balika Vidyalaya, which was established by Ishwar Chandra Vidyasagar upon being requested by the Mukherjees, the only school at that time and later to the Uttarpara Girl's High School, where she had two girls from the zamindar's family girls as classmates. “They came in the family phaeton (a light four-wheeled horse-drawn carriage) but were perfectly down-to-earth and behaved like all other girls”. The only difference was they were never allowed to go out alone, even to school. They were close friends with whom she lost touch some time after they got married.

After the abolition of the zamindari system, post-Independence, these families broke up, their members scattering over different places, their source of living changing as did their lifestyles. Mukherjee Bari was sold and is to be redeveloped. All that remains are her memories.